The Depling conferences respond to the growing need for a linguistic conference dedicated to approaches in syntax, semantics and the lexicon that are centered around dependency structures as a central linguistic notion.

A short introduction to dependency can be found here 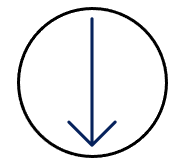 Depling 2019, was held in Paris on August 28-30 2019. The conference was collocated with TLT (Treebanks and Linguistic Theory).

Depling 2017, was held in Pisa, September 18-20 2017. The conference was organized by the University of Pisa and the Institute for Computational Linguistics “A. Zampolli” of the Italian National Research Council (ILC-CNR).

Depling 2015, was held at the University of Uppsala from August 24 to 26 2015. The conference was organized by the Computational Linguistics group at Uppsala University in collaboration with Akademikonferens.

Depling 2011 was held at the Pompeu Fabra University in Barcelona, from September 5 to 7, 2011. It was organized by the TALN group of the technology department of the UPF.

In the past decade, dependencies, directed labeled graph structures representing hierarchical relations between morphemes, words and semantic units, with a strong reference to the lexicon, have become the near-standard representation and annotation schemes in computational linguistics, parsing, generation, and other fields of natural language processing. The linguistic significance of these structures often remains vague, and the need for the development of common notational and formal grounds is felt strongly by many people working in these domains.

Topics include, but are not limited to:

We are also interested in work on questions such as: